I've moved back to the area where I grew up after living out of state for the past 30+ years and haven't seen a lot of these friends since I was literally almost half my size.  To say I am anxious about my appearance grossly understates my feelings.  But...I can't hide forever.  I can't keep living this life of limits.  Tomorrow will be the figurative pulling off of the bandaid.  And then, again as my new saying goes, "All weight limits imposed at midnight" on New Year's Eve.  Again.
Posted by Gigi at 11:10 AM 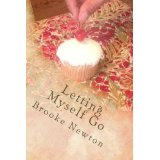